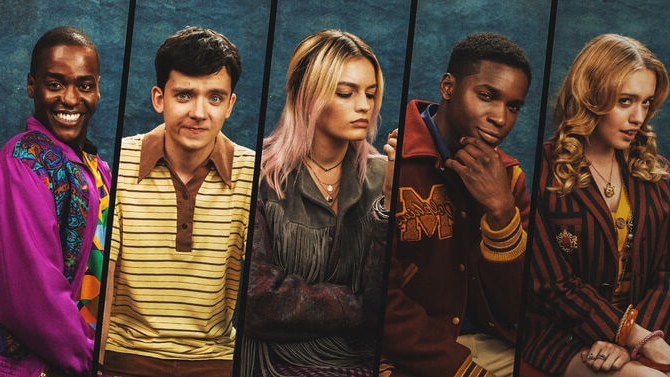 Which Sex Education Character Are You Quiz

Which Sex Education Character Are You

Sex Education is a British television series about the young Otis Milburn, who, together with a classmate, runs a sex therapy at his school underground. Have you ever wondered "Which Sex Education character am I", then you came to the right place. Just click the "Start" button below and find out who you are!

Otis Milburn is the son of the well-known sex therapist Jean Milburn, but is himself rather shy and inexperienced.

One of the main characters in Netflix's Sex Education is Maeve Wiley. Maeve is an intelligent and sarcastic lone wolf at Moordale Secondary School, who befriends Otis Milburn when the two begin a sex therapy clinic to make money off of their peers. Maeve grew up in a trailer park where she was raised by her older brother after their father left the family and their mother, who was addicted to drugs, was arrested for drug dealing.

Eric Effiong grew up with several sisters in a very christian Nigerian Family. He is gay and Otis' best friend.

At the beggining of the series Adam is a real bully and his favorite targets is Eric. He is the son of the principal with whom he has a tense relationship with.

Aimee is from a wealthy family and member of the school's "the Untouchables" clique. Even though she is quite popular she is a good friend of the outcast Maeve.

Jackson is on of the best player in most of the school sports at Moordale Secondary School. He is very popular and ask Otis to help him hook up with Maeve.

Ola has a strong personality. She is smart and funny as well as confident and self-assured. She cares deeply about her friends, and is a treat to be around.

when will the third season of sex education come out?

The first season was released on Netflix on January 11, 2019. On January 31, 2019, a second season of the series was ordered and became available on January 17, 2020. In February 2020, Netflix extended the series for a third season. So logically, you should expect season three to stream on Netflix from January 2021, but due to the coronavirus pandemic season three will likely to be released later in 2021.