Which Genshin Impact Character Are You? 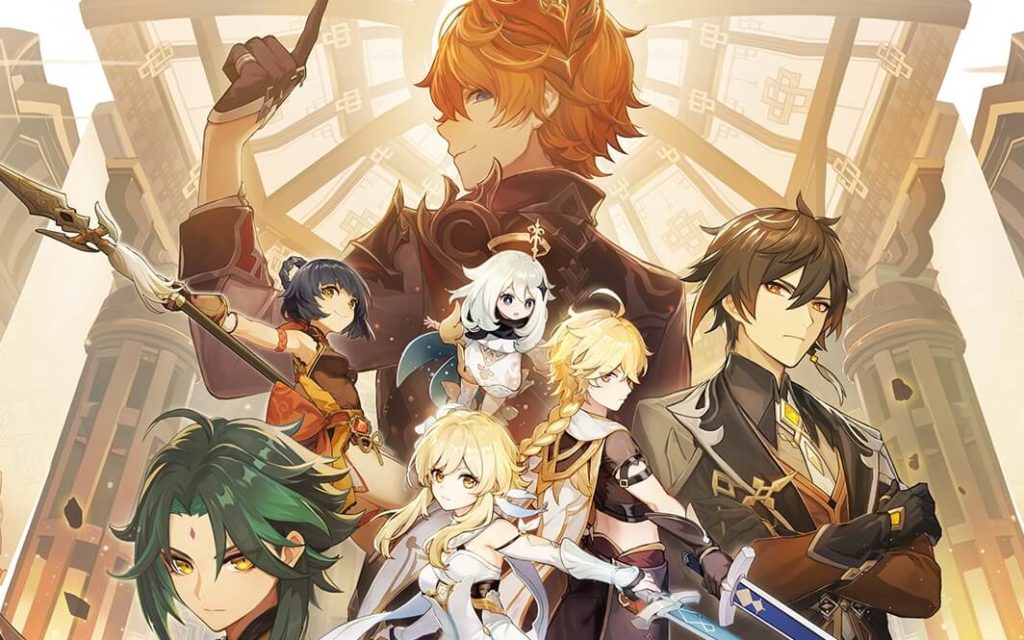 Which Genshin Impact Character Are You


Genshin Impact is the name of a new free-to-play open-world adventure from Chinese developer miHoYo, and, as the name suggests, it hits like a bomb. The first sales week was quite a success, with AppAnnie analysts reporting over 17 million downloads on mobile devices alone, not counting the releases on PC and PlayStation 4. Well-known industry analysts estimate that Genshin Impact earned over 50 million dollars within the first week alone besides being a free to play MMO. These sales come mainly from China, Japan, and the USA. Genshin Impact is the most successful launch of a game developed in China in history. Even in the Chinese Appstore, Genshin Impact left TikTok far behind and even outstripped Fortnight in Twitch audience.

Genshin Impact is an action role-playing game set in a vast open game world. You travel this world as a traveler, your self-created character, with the big goal of finding and saving your twin. The world is called Teyvat and is populated by numerous lovingly created characters, monsters, and even gods. The seven magical elements that adventurers can use for their spells rule the world of Teyvat. You don't just explore the vibrant surroundings on foot in search of your twin, but swim and dive through rivers, lakes, and seas and fly freely through the air with your glider. You will visit important cities like Mondstadt and Liyue, which have their own unique cultures. The colorful style and artistic aspirations are evident in every corner of the world's design, from sun-drenched grassy plains to bustling, cozy cities and deep, gloomy caves, the world of Genshin Impact spans everything the explorer's heart desires.

In Genshin Impact, you are not alone with your Traveller. During your journey through Teyvat, you will meet numerous characters that you can add to your party of adventurers. Here you can find out which characters you can play in Genshin Impact and which elements they are equipped with: The special: You control only one character at a time, but you can dynamically switch between four of your characters at any time. So even in the middle of a battle! You can create powerful combo effects by first playing a water hero and then adding a lightning hero. But while we're on the subject of fighting, let's explain how it works. Strategic, action-packed battles Genshin Impact may look beautiful and harmonious, but it is by no means peaceful everywhere. Powerful divine beings and stinky monsters roam the open world and dungeons of Teyvat - and they want to get you! Fortunately, all characters are interesting personalities and skilled in close combat and elemental magic. Each character has his or her favorite weapon and an element to summon his or her magical attacks. Your heroes create synergies between the elements, which in turn create powerful special effects. Genshin Impact contains a total of seven elements, each with its own spectrum of attacks. The elements are: Combining these elements skillfully by dynamically switching back and forth between your characters will trigger elemental reactions. For example, it's an excellent idea to electrocute a burning target, which creates a new area of damage that hits surrounding enemies. Or you can first soak your target with a water spell and then freeze it with cryo damage to make it completely immobile. After that, you can finish off your enemy with your sword! This creates strategic battles that challenge your creativity and imagination. At first glance, Genshin Impact looks exactly like The Legend of Zelda: Breath of the Wild. The overly obvious impact has caused the Open World RPG to be called a BotW clone since its announcement. It becomes clear that although the surprise hit is partly very much based on Zelda, it also has many other role models. Their influences are combined in a way that the whole is more than just the sum of its parts.

Is Genshin Impact a Zelda Breath of the Wild clone?

The answer is not clear "yes" but also not a clear "no." Sometimes it seems almost impudent how strongly Genshin Impact follows its role model. But some elements that make Zelda a masterpiece are missing from Genshin Impact. On the other hand, there are things that Zelda does not have to offer.

This is the same in Genshin Impact as in Zelda:

The question of whether everything is stolen or simply inspiration must ultimately be decided by each individual. However, there are amazing similarities, and especially in the beginning, this feels very strange for many Breath of the Wild fans.

This makes Genshin Impact different from The Legend of Zelda:

After a short playing time, it becomes clear that Genshin Impact also uses itself for many other games. The influences range from Dragon Quest and Final Fantasy to World of Warcraft and beyond. Most of the elements should look familiar to you if you are (J)RPG fans.

This is a very simple process: In order get to know your kin we provide the questions and you answer them. Based on your anwsers in this test you get a Genshin Kin as a result.