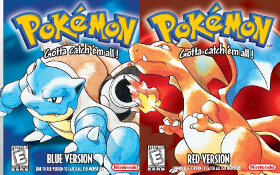 Welcome to the Gen. 1 Pokemon quiz.

We will present one single photo for each question and correct answer, though answering all of them correctly will be up to you!

Take this quiz about Gen 1 Pokemon and find out how much you know about them!

This is a medium difficulty quiz that has 10 questions about Pokémon from Generation 1.


The History of Pokémon

1998 after Pocket Monsters was a smash hit in Japan it was time for the game to go global. Thus Game Freak and Nintendo partnered up and Pokemon was born. Released on the original Gameboy, Pokémon Red and Blue set a lone ten-year-old boy on a grand RPG adventure where you collect Pokemon. For new creatures you later level up and fight in turn-based battles. With up to 150 available pokemons to collect, you really did have to catch them all. What is the story of pokemon?

Story-wise the game paird you against Team Rocket. A group of folks that work for Giovanni, a mastermind criminal, that steals Pokemon and Gamble's. You also had eight gyms across the vast region of Kanto to explore. Building your skills and team ready for the Elite Four, the hardest challenge of the game. With this game, being so expansive and addictive, it later spawned a TV series and a trading card game that gave every kid Pokemon fever all over the globe. About a year later, Pokemon yellow was released to keep up the momentum although the game was very similar there were subtle changes which heighten the experience instead of choosing a starter Pokemon players were lumped with Pikachu the Pokemon mascot. Pikachu was launched into stardom because of the success of the anime.Like in the anime Pikachu walked side by side for your adventure being all sassy and quippy. So, with Pokemon being such a huge success a sequel was well a given, but no one expected a sequel of this magnitude. In 1999 and later in 2001 Pokemon Silver Golden and Crystal was released. With crystal being the heightened third game. This game seemed to be more of the same but being released on the Game Boy Color, players now had the chance to see a hundred brand new Pokemon in beautiful color. Added in the new day and night cycle and a new region and we were ready to go. Yet again, you're a ten-year-old boy there are eight more gyms to beat loads more battles and Team Rocket were back. But after completing another Pokemon title the game ramps up our gear as you get to play through Kanto all over again. Yes, you heard me. During the postgame you could complete the first game all over again and better yet your final challenge is battling your avatar from the first game with an amazing team on top of a freaking Mountain. This equal ticked all the box for best sequel and it's safe to say the hype was still going another handheld another Pokemon and in 2002 the third generation was released. In the form of Pokemon Sapphire and Ruby so just to catch you up you had a hundred and thirty five minute critters eight new,gems another knockoff Team Rocket,another rival and of a professor and,another well Pokemon game although it's,a bit paint-by-numbers repetitive,Pokemon was still going pretty strong,the graphics never looked better and it,was still the best selling game for the Game Boy Advance and in 2004 Pokemon Emerald was released as the sort of third installment in heightened,experience and proved everything sort of game where you could catch game specific Pokémon and Legendaries whoa rewind a,couple of months because I forgot to mention the re-release of Pokemon Red and Blue and Green retitled Leaf Green and Fire Red.

So what are you waiting for? Start this Pokemon Gen 1 quiz with pictures and test your knowledge!