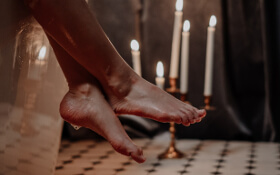 Do I have a foot fetish? 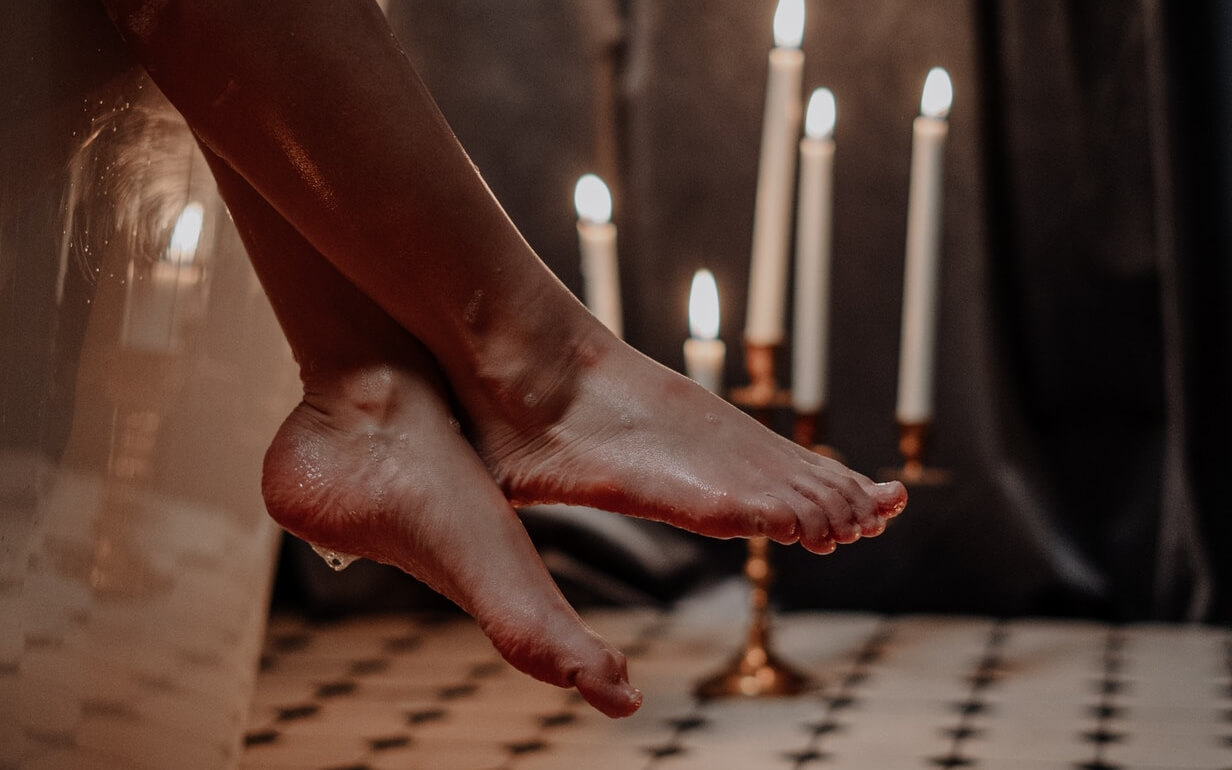 Do I have a Foot Fetish

Take this quiz and find out!


What is a foot fetish?

What percentage of men have a foot fetish?

And even if there are not very resilient figures, foot fetishism is probably the most common fetish after the fetish around rubber and leather. The demand on the internet speaks volumes, and the market for socks, shoes, or worn fishnet tights is booming.

The different variants of the foot fetish

There are several different types of foot fetishism. On the one hand, it is more about packaging, be it pedicured feet, feet in high heels or nylons, or worn shoes and stockings. On the other hand, it is about interaction with the pleasure object foot. Be it smelling, tasting, touching or sucking (toe-sucking). Sometimes it is about the foot itself, sometimes only about what has touched and clothed it, i.e., nylons or shoes that have been worn and are then perceived as arousing. Many foot fetishists get excited, especially when the feet are actively involved in love play. This can be the mere sight of the feet, but also a foot job. In other words, a sex act in which the partner satisfies the fetishist with his or her feet - in a toe job, this is only done with the toes.

Others get turned on when they can suck or smell the object of their desire, or when they can massage and tickle the foot. Also popular: the Shoejob, where the shoes are more in the foreground. But it also gets harder: when the partner, for example, runs his feet over the body of the fetishist (trampling). Or in the field of SM the foot is also often used as a sign of dominant behavior, for example when the Dom walks over the Sub's head and through the face with his foot or when the Sub licks the Dom's feet and thus humiliates himself. Another variant of the foot fetish is crunching. Here, food is crushed with the bare feet, often to eat the crushed food afterward. Not everyone has to like it, but in the long run, it is true: No matter which variant is felt as hot, as long as both parties involved agree and can enjoy their fantasy. There is nothing bad about this fetish.

Why feet of all things? That is what science says:

It is mainly men who succumb to the foot fetish. And scientific studies have shown that the connection between sexual arousal and feet is not as absurd as it might seem to some outsiders.

Because according to science, the brain areas of the toes and feet and the genitals are close together. As the Indian neurologist Vilayanur S. Ramachandran found out, there is sometimes an overlap of stimuli and stimulation of both areas in the brain. In addition, small feet in women are considered a guarantee for fertility because they are said to be a sign of high estrogen levels. This is also a reason why men fly on women's feet. And perhaps also a reason why many women make an effort to show off their feet thanks to pedicures, painted toenails, fishnet stockings, and high heels. So the next time you meet someone who is totally into feet, you should think twice before smiling at them, especially since even good old Goethe is said to have asked his beloved in a letter to send him a pair of her danced-through shoes so that he still has something to think about her.
Start