Which Arknights Operator Are You? 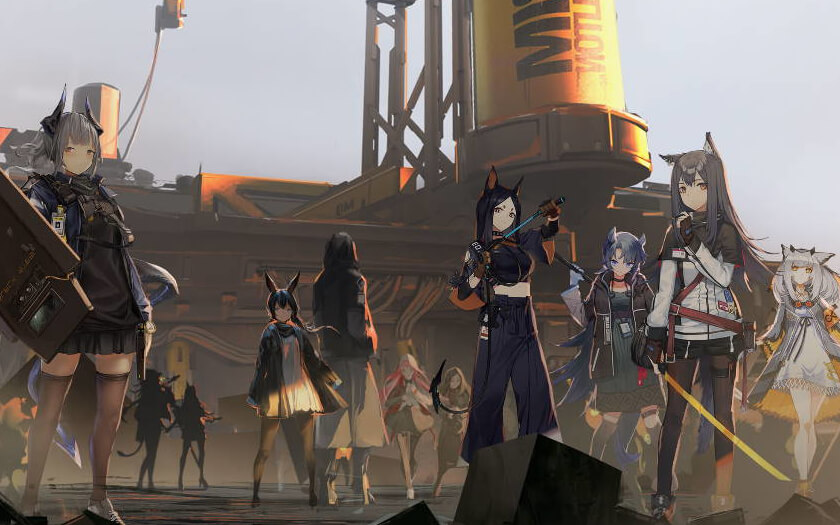 Which Arknights Character Are You?

In 2019, Chinese video game developer Hypergryph released its free-to-play tactical RPG/tower defense mobile game. The core of the game is its combat system in the style of the classic tower defense genre. There are several "gates" on each map. Different types of enemies appear in front of the red gates and try to get to one of your blue gates along a set route that is briefly signaled to you. Your goal is to use your operators to prevent this from happening.

The 8 different classes of operators

Vanguard - Hold back the first enemies and, thanks to their abilities, give them the mission points needed to land your squad. This ability is very important on some maps where these points do not replenish themselves (for example, in Annihilation). Vanguards are divided into two types: those that earn mission points with the main skill and can block 2 enemies in front of them, and those that earn points for kills but can only block 1 enemy at a time. Heroes of type 2 can also return the full cost of landing, while warriors of type 1 and other classes return only half.

Guardians are similar to Vanguards, only they have more health, but less protection. They know how to hold back 1 to 2 units. Sometimes they can attack from a distance, attack flying enemies, deal magic damage or hit all blocking targets at once.

Snipers are agents deployed at the edges of the map or in hidden locations, attacking targets at some distance with physical damage. Flying units always have priority. Some snipers can perform area attacks with magic damage.

Defenders - they know how to hold back 3 targets at once, they have a high indicator of health and defense, but a weak and slow attack. The arsenal of abilities of this class: shields that increase defense, the ability to restore health points to themselves or allies.

Medics - heal allies or thanks to some they can give the team a positive effect. Doctors are divided into two types: The first restores the health of a friend who needs it most, the second can heal up to three agents at once, but the healing power is lower. The attack rate of medics is an indicator of healing, since they can't attack.

Casters are wizards. They are almost like the sniper class, but they deal magic damage that is more effective against armored targets. They are divided into attackers by 1 target and attackers with massive damage.

Supports are the same mages, but they do less damage, while they can slow down enemies. Some do not attack at all, but at the same time have a positive effect on their teammates or damage enemy units.

Which Arknight do you kin?

In this quiz you will be asked several question and for each question we give you a few options to choose from. There is only one answer possible so choose wisely. At the end of the Arknights kin quiz we show you the Arknight Character which matches your personality the best. Have fun!