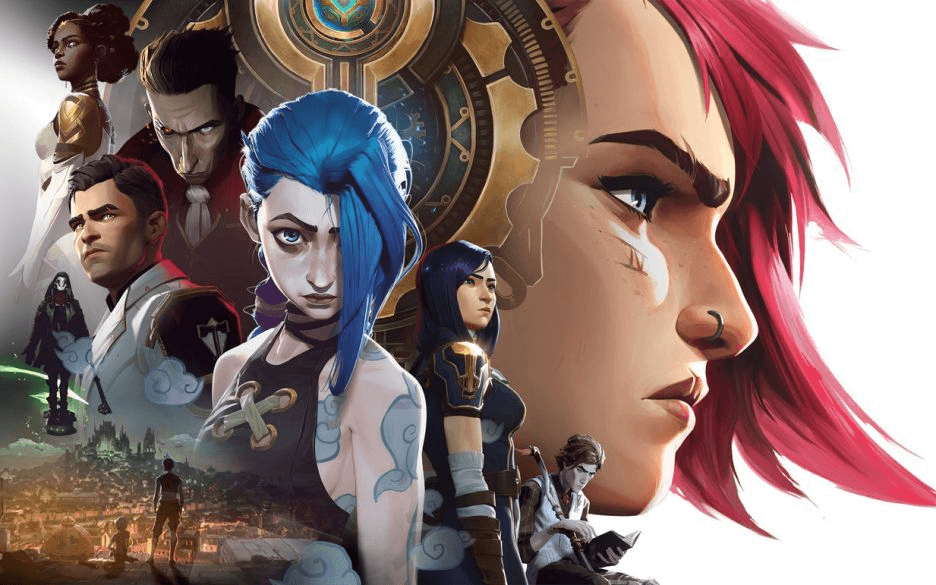 The audience ratings clearly show that Arcane has been fantastically well received at its Netflix launch. On Metacritic, the series currently has a user score of 9.1; on IMDB, over 19,000 users have given it an average of 9.4. Reddit and the like are also cheering, with some even calling it the best video game adaptation of all time. If you're a huge fan of Netflix's League of Legends adaptation and want to find out which character you are, take the quiz!

What is the TV-series Arcane about

Rich versus poor, good versus evil, and a family feud in the middle: Arcane imaginatively tells the story of industrialization and a two-class system. In Piltover, the economy flourishes - through progress and a newly discovered technology. It is even a scientific chair in Piltover that wields the most power.

But there is a sub-city district called Zhaun. This is where the gladly forgotten scum lives. Here are the working people who supply Piltover with valuable goods. Criminal gangs run rampant here. What flourishes here is the black market.

Piltover and Zhaun are interdependent, but the complete mirror image with an unfair distribution of wealth.

You are immersed here in a steampunk world where you can literally hear gears rattling and feel the steam on your skin. It doesn't matter if we're in Piltover, where airships soar to the skies. Or whether we're in Zhaun, where industrial grime drips from the walls.

Arcane provides fertile ground for conflict, telling stories of love, hate, resentment, desire, and intrigue. At the center are the once-loving sisters Jinx and Vi, who are driven apart by a heavy blow of fate. At least, one initially believes that the two are at the absolute center.The series tells the story of two mismatched sisters, Vi and Powder, who live in the filthy and dangerous undercity of Zhaun. Here, toxic sewage flows through the sewers, unscrupulous criminals and mad scientists are up to no good. Not a very nice place to grow up. While Vi struggles to make it as the swashbuckling leader of a teenage gang, little Powder is often just her frightened appendage, doing everything wrong.Nevertheless, the two love each other dearly - but as the official trailer already reveals, they are tragically torn apart and end up on different sides of a brutal conflict.

In the Netflix series, Vi is one of the main characters. She is an orphan from the miserable undercity of Zhaun and, together with her sister Powder, is adopted by the former gangster Vander. She literally fights her way through the dangerous alleys, with words as well as with her strong fists. Actually, she only wants to protect her little sister. But Powder turns out to be an explosive powder keg. At least Vi finds a loyal comrade in the enforcer Caitlyn.

When Jinx was a little girl, her name was Powder. She is Vi's little sister, who tries hard and wants to be helpful, but usually makes things much worse. Through a tragic mistake, she is thrust down a dark path in life and joins the ruthless Silco in Zhaun. She has no regard for anyone, not even her comrades. She loves to blow things up and spread chaos and destruction - but behind the facade lie deep, mental problems.

At the time of the series, Jayce is still a student at Piltover Academy. He was rescued by a mage as a child and has since been fascinated by arcane energy, which he wants to tame with the help of science. His ambition sometimes drives him too far, which brings him and Professor Heimerdinger into conflict. He is good friends with Caitlyn and his colleague Viktor is also one of his close confidants.

So far, the champion plays only a peripheral role. He only appears very briefly in Act 1 in a scene with Silco, in Act 2 he is a former teacher of Viktor, who keeps a sick giant salamander. The poor animal has to be used for cruel experiments because it has a rare genetic mutation.

The little boy from Zhaun has only a rather small role in the first act as a friend of Vi and Powder. Although he grows up in a hostile and cruel environment, he is full of drive and optimism. He is even already practicing to be a fighter. So far, the champion plays only a peripheral role. He only appears very briefly in Act 1 in a scene with Silco, in Act 2 he is a former teacher of Viktor, who keeps a sick giant salamander. The poor animal has to be used for cruel experiments because it has a rare genetic mutation.

The young enforcer comes from a high-ranking house of Piltover, but is not afraid to get her hands dirty. She is determined to ensure safety and justice and takes great risks to do so. For example, releasing the notorious Vi from prison. An unexpected camaraderie develops between the two - and maybe even a little more?

The professor of the Academy of Piltover sits on the city council and is usually the level-headed voice of reason there. In his 300 years of life, he has already experienced many things, for example, the brutal power struggles among mages. He wants to prevent such a catastrophe from happening again in Piltover at all costs, even if he has to go against his own students to do so. By the way, he belongs to the small but tough species of the Yordle.

The inventor works together with Jayce on the new Hex technology, with which magic is to become usable for all. Viktor suffers from a serious illness that made him an outsider as a child and now threatens his life. Before he dies, he desperately wants to create something great that will help people who are suffering - so that he will be remembered. In desperation, he turns to Singed.

Which Aracne Character do you kin?

We've watched each of the nine episodes several times to create the most accurate quiz possible, and the result is 20 questions that assess your unique character and personal traits. At the end of the quiz, after each question is answered, we will show you the Arcane Character that matches your personality.