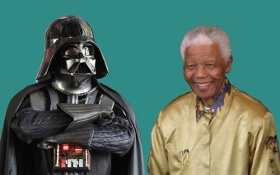 What is the Mandela Effect?

The Mandela Effect got its name from Nelson Mandela, a political activist in Africa and a fighter against the apartheid system in South Africa. In 1962, the South African Apartheid Regime arrested and imprisoned him for 27 years. Some people claim to remember him dying in prison in the 1980s when, in reality, he was released from prison, helped overturn apartheid, and went on to be the President of South Africa for five years. He eventually died in 2013. It is a fact that collective false memories exist, but some people see this Mandela Effect as proof of parallel universes and that people sometimes slide between parallel universes. However, this theory is very questionable because it is rather based on people's unreliable memories than scientific findings.

An explanation for the Mandela Effect

An alternative, maybe somewhat unspectacular explanation, may be found in our brain. Our brain is the center of our nervous system and the primary storage of our memories. Traces of stimuli or experiences left behind in the central nervous system are also called engrams, which form our memory in their entirety. Our brain stores similar memories and perceptions close to each other. Contrary to general belief, recalling memories does not strengthen them, but on the contrary, recalling memories will reactivate engrams and change them. This is basically how the human learning process works. We take new information, combine them with old memories and then form completely new connections. At the same time, however, this also reduces our memory's truth and accuracy, which is the starting point for the Mandela Effect from a neuroscientific perspective. Three factors play a crucial role in this: association, confabulation, and Suggestion.

The more general association to events, the higher the probability of false memories to produce. An example: Alexander Hamilton is regarded as one of the USA's most important founding fathers, but was never president. However, a study has shown that when asked, many Americans mistakenly believed Alexander Hamilton was president, while other actual presidents were not listed. One explanation for this is that the information about Hamilton and the founding fathers is probably activated simultaneously as the information about former presidents, thus forming false connections.

Confabulation is the attempt of our brain to fill missing memory gaps with false facts and events. Unlike lying, we do not want to cheat here but believe in our memory events. This phenomenon occurs mostly in neurological diseases like Alzheimer's or strokes but also in our everyday life when we have to repeatedly tell a memory until we start to embellish or exaggerate the story.

The third driving force of the Mandela Effect is Suggestion. It is the tendency to believe what others believe to be true, a principle similar to gullibility. For example, if you will be asked: "Jonas and I were deeply shocked by the death of Mandela in the eighties. How did you receive the sad news?" This question already presupposes a truth that might be taken over by gullible people. This is why one can object to suggestive questions in court. For example, because the interviewee is influenced by the type of questioning to give a certain answer.   Although it is, of course, exciting and thrilling to believe in a glitch in the universe that by chance brought us together with people from a world in which Mandela died much earlier, the belief in a multiverse from a neuroscientific point of view is not sustainable in this case.   There are tons and tons of claims like those that you can find on the internet if you want. We collected the best ones and put them in this Mandela Effect Quiz. Have fun!
Start